A hard to find early 20th century Mosaic quilt comprised of thousands of 1-3/8” hexagons (each outline quilted)used to create this beautiful and graphically intriguing quilt. There are dozens of different calicos, some that I’ve never seen in the 33 years of my company. Organically washed by hand, we restored a few fabrics that were split due to the dyes. I know you’ll never find the restoration, but our label on the back indicates that work has been done. This mosaic pattern is an early to mid 19th century pattern that came from England. Origionally this pattern was created using expensive silk or wool challis, indicating the social status of the family. In the 20th century this design became the precursor to what we know now as the 1920’s Grandmother’s Flower Garden quilt. No longer was this pattern in the shape of a diamond but changed to become circular in design. The 20th century Grandmother's Flower Garden quilt were almost always created using cotton fabrics. Finding a 1920’s mosaic created in cotton is indeed rare. Family information upon sale. 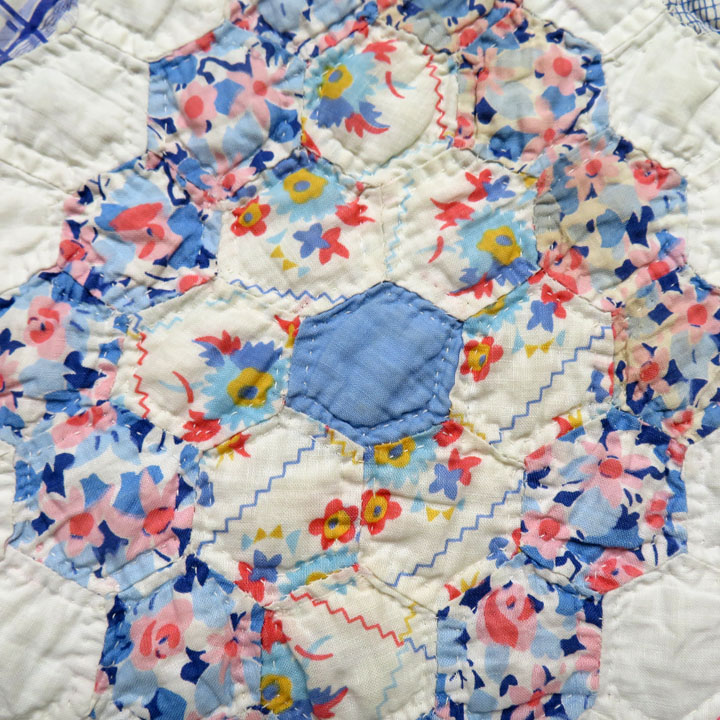 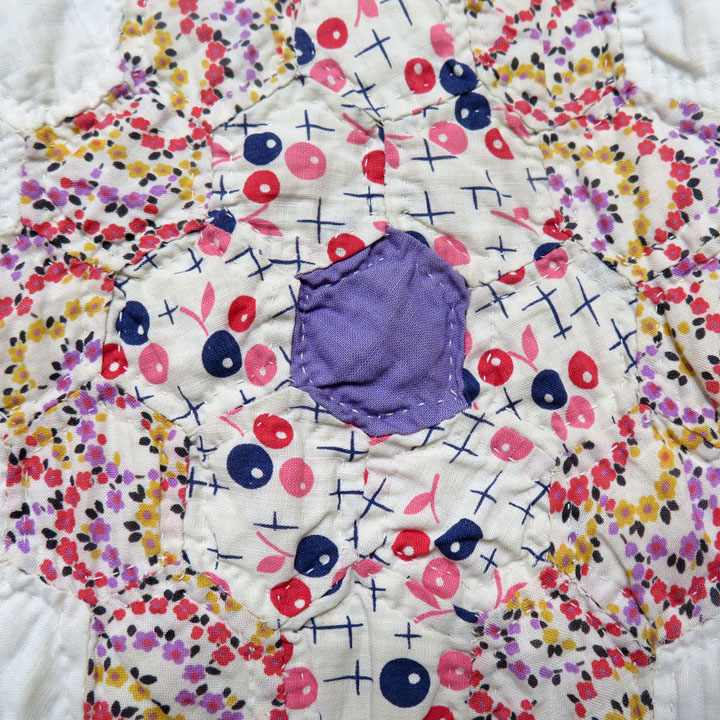