This yardage of fabric was printed for the 1892 Chicago World's Fair. It can be purchased for a complete repeat print. Celebrating Columbus and the discovery of America in 1492, there are Spanish explorers and Indians depicted on the print. The stars represent the states in the union as of 1892. 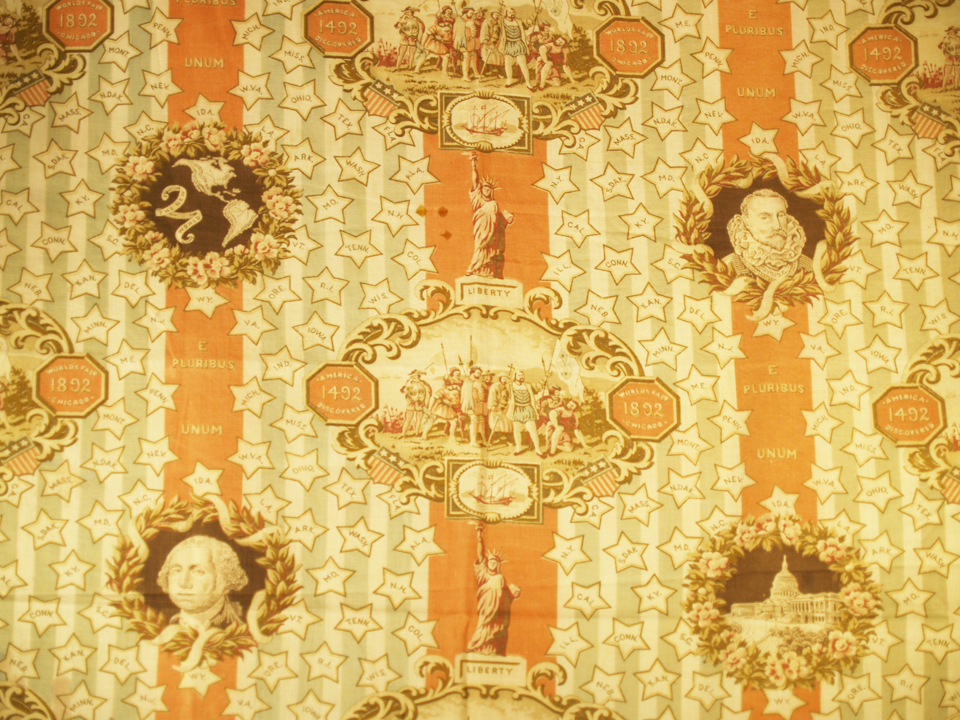