Woven on a 36" loom using Indigo dyed wool and ecru multi-strand cotton. During the early to mid 19th century many rural families raised their own sheep and carded then dyed this wool to loom.
This coverlet is comprised of 2 strips created on a 36" loom and then sewn together to make an 82" length.
This coverlet feels so substantial yet cozy and comforting at any time of the year. In the summer one would use the light side of the coverlet while in the winter one would use the dark or Indigo side. The summer would be the time to use this coverlet by itself and in the winter over other blankets for warmth and visual appeal. In today's world, with a climatically controlled environment, this coverlet lends an artistic and colorful design element to one's home.
There is one original small hole weaves and one 2" sewn tear at the bottom.
Now organically hand washed and ready to be sent for your at home approval. 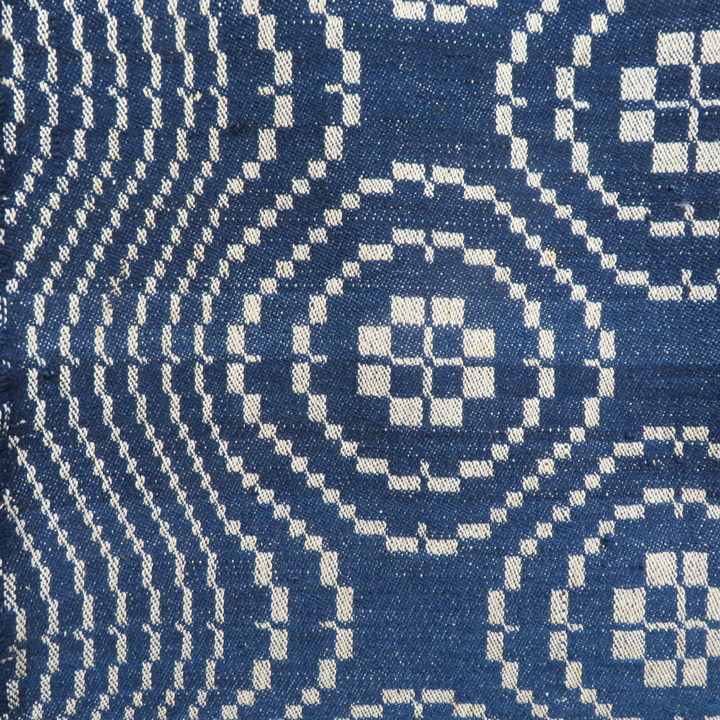 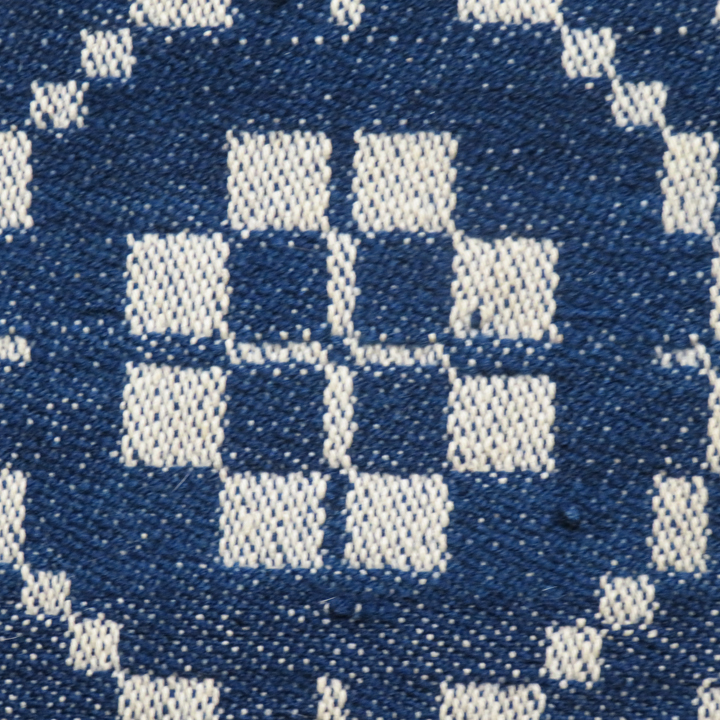 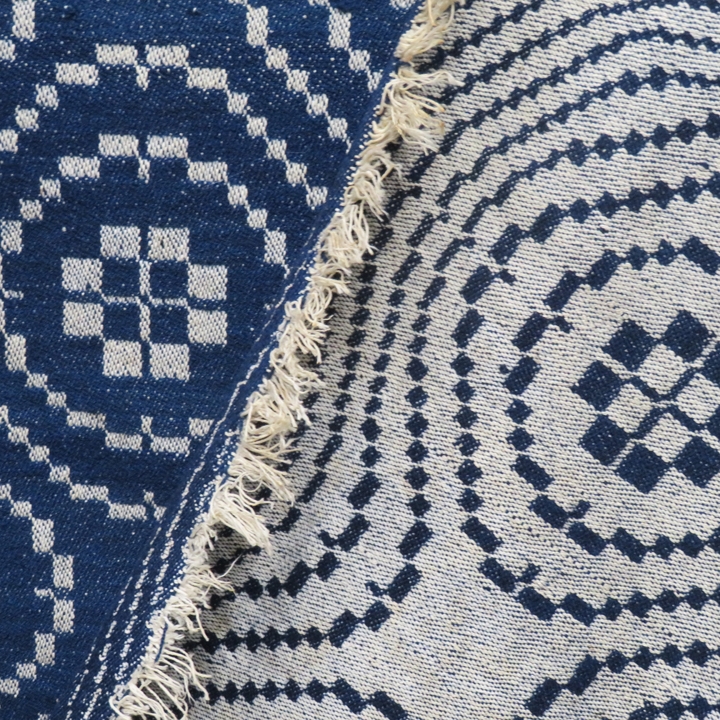