Summer winter coverlets were prevalent during the 19th century. However, there are many that have not remained in good condition, understandably, because of their use. This summer winter coverlet is large enough to fit a queen sized bed, measuring 80" X 87". Obviously this one was stored away for many years, as it shows only light use.

In those days we obviously had no central heating, and bed linens of any kind were the second most important item in a person's estate (after land). Many of these coverlets were woven by itinerant weavers who traveled from home to home. Others may have been created by servants. In New England, the servants of larger homes lived on the third floor, which would have also housed the looms. There are hundreds of different patterns of coverlets. The closest pattern we can find to this coverlet is called Catalpa Flowers.

Please email or call for us to send it, with free shipping, for your viewing and approval. 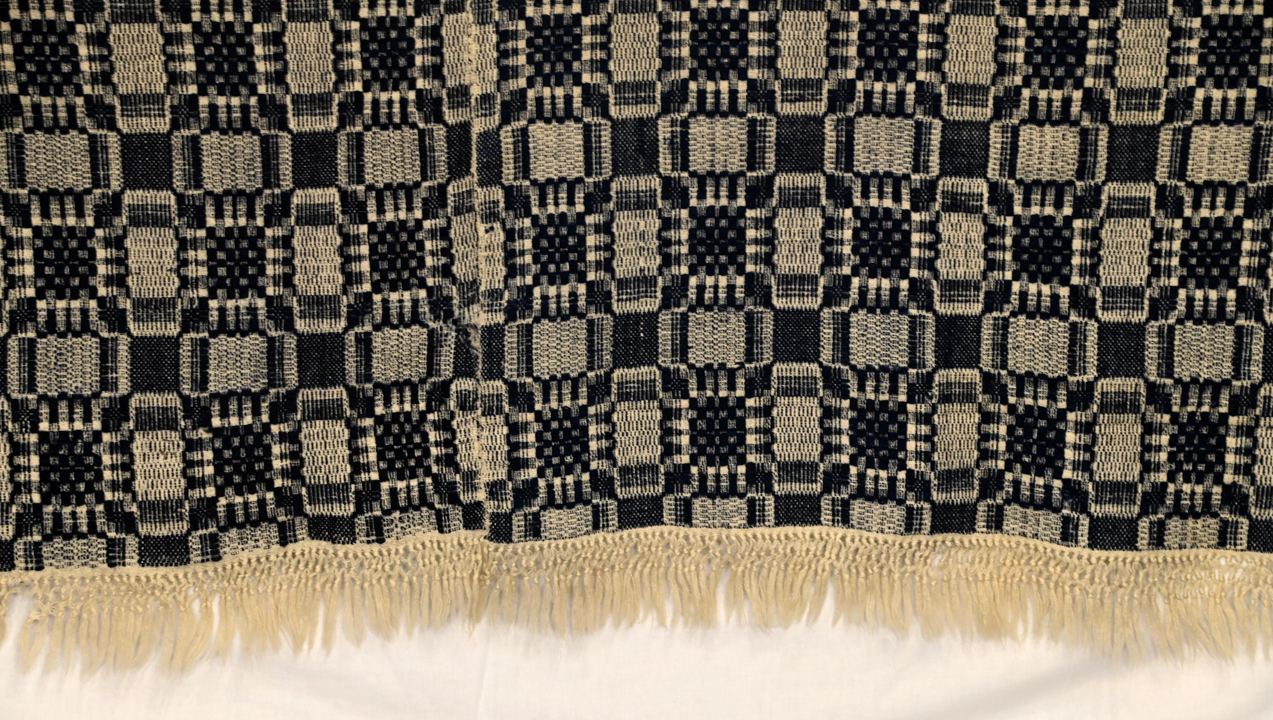