During the early part of the 19th century Americans were fascinated by the Chinese culture, and loved their china, pottery, etc. Indigo was one of their favorite colors, as it was and still is one of ours. The intricacy of the design of this textile is just, to me, truly amazing. We have intricate sceens of pagodas, birds feeding their babies nestled in their nests, mansions, wreaths, urns overflowing with flowers and fruit. One prominent item is the pineapple..symbolically representing 'welcome'.

All of this work had been executed using woolen finely homespun yarn. True Indigo dye, such as used here, will not fade. Indigo is one of only two vegatable dyes that are truly fade resistant. The pattern was executed in a narrow loom whose width was approximately 45". The finished strips were then sewn together with the same natural off white color in linen.

Obviously this amazing coverlet, created for what must have been an affluent family, was packed away for almost 200 years. New England gets cold in the winter, and Northern Maine even colder than where I live in Southern maine. There is nothing made from a natural fiber that is warmer than wool. The fact that this woolen coverlet was packed away in such a cold climate is another indication of the affluence of this family, who did not need it to keep warm at night.

I am happy to send, with free shipping, this amazing coverlet for your approval. 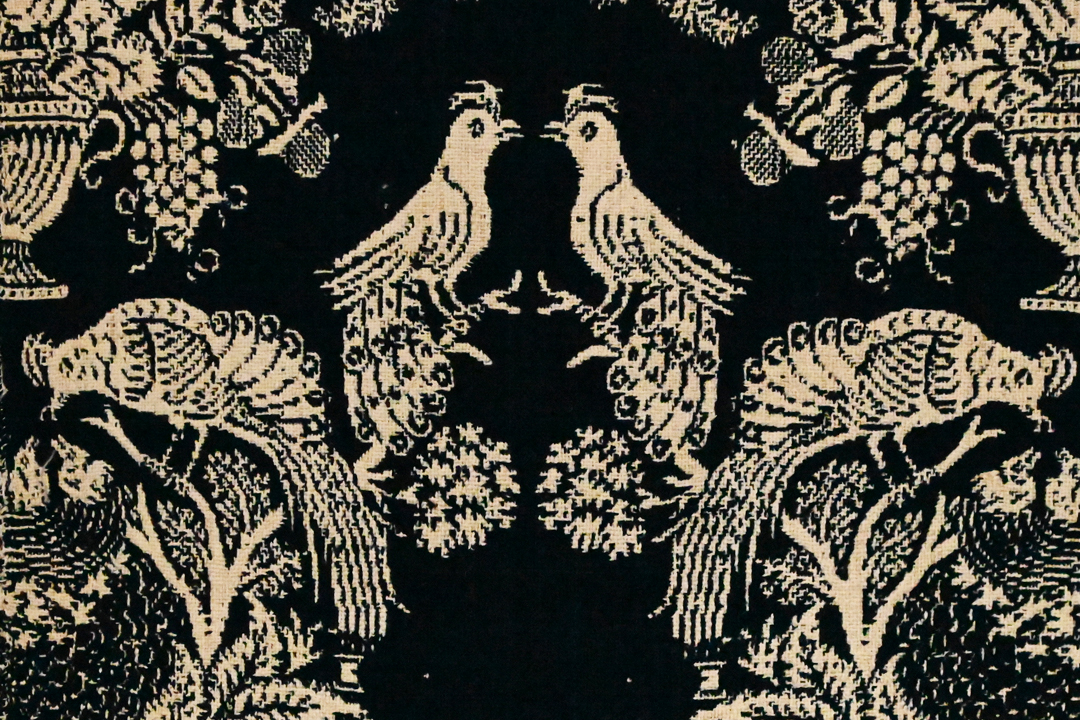 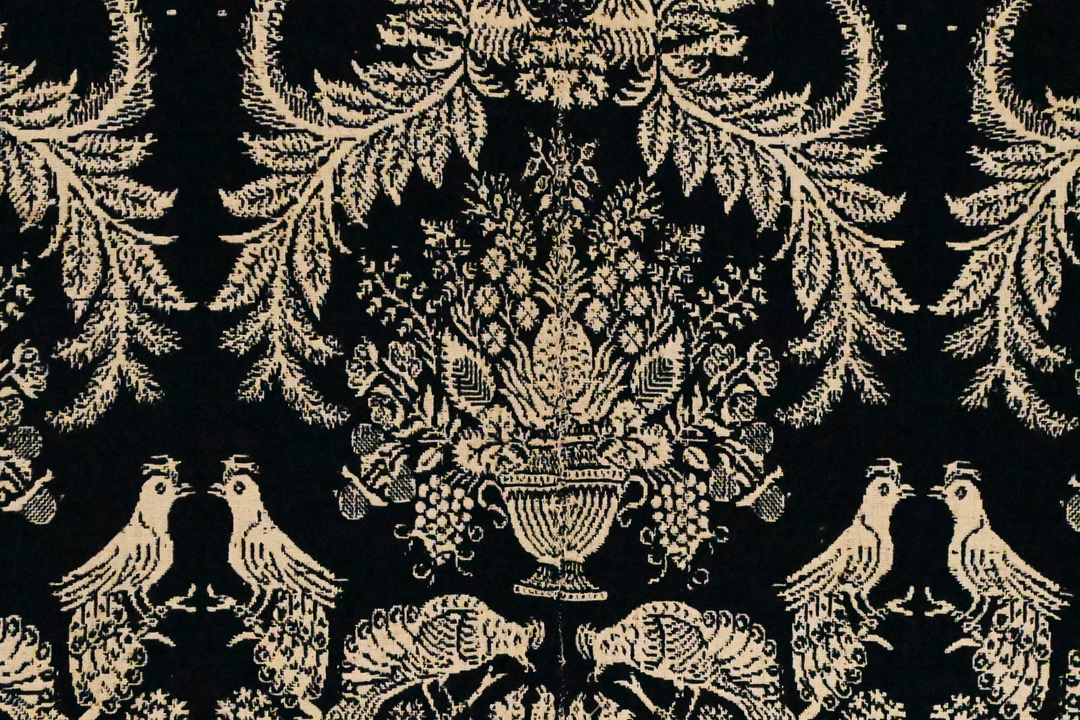 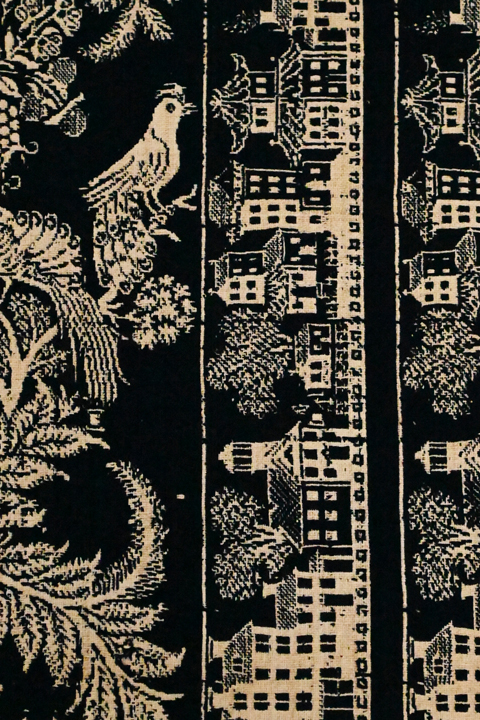