Not so many years ago there was a wonderful textile museum in Lowell Massachusetts that unfortunately has closed due to lack of funding. It was at this museum that I was able to see a loom large enough to create a coverlet of this width.
This seamless coverlet measures 64" in width. The rare rose/pink coverlet appears to be almost unused and now organically hand washed by us.
Completely created from wool, this cover would provide amazing warmth in winter or any other time of the year. The pattern is similar to indigo and white coverlets; however, I have never seen an antique coverlet in this color. The border is absolutely wonderful, and also different from any I've ever seen.
The family's home was Manhattan (name provided upon sale), and as an affluent 19th century family, chances are this is a commodity they would have purchased from a fashionable store in that city.
We are happy to send this coverlet, without shipping charge, for your in-home approval. 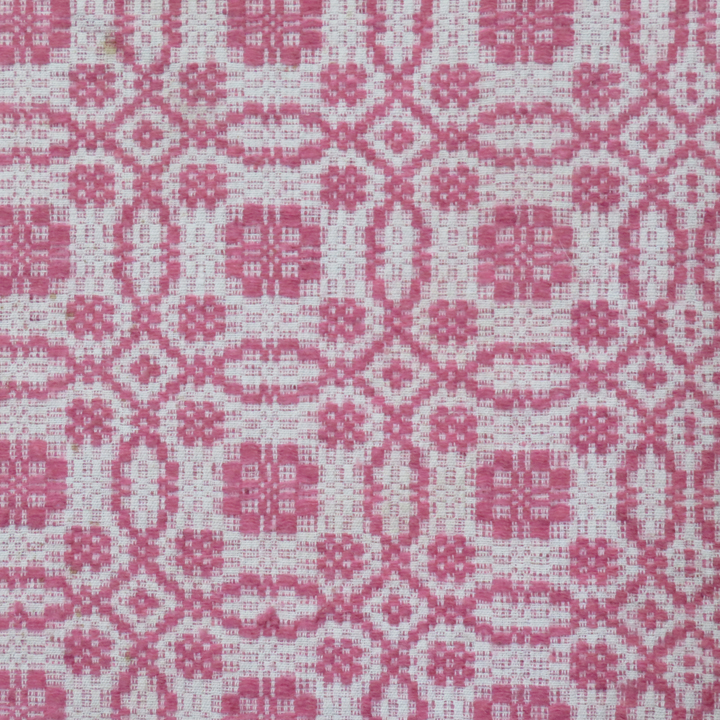 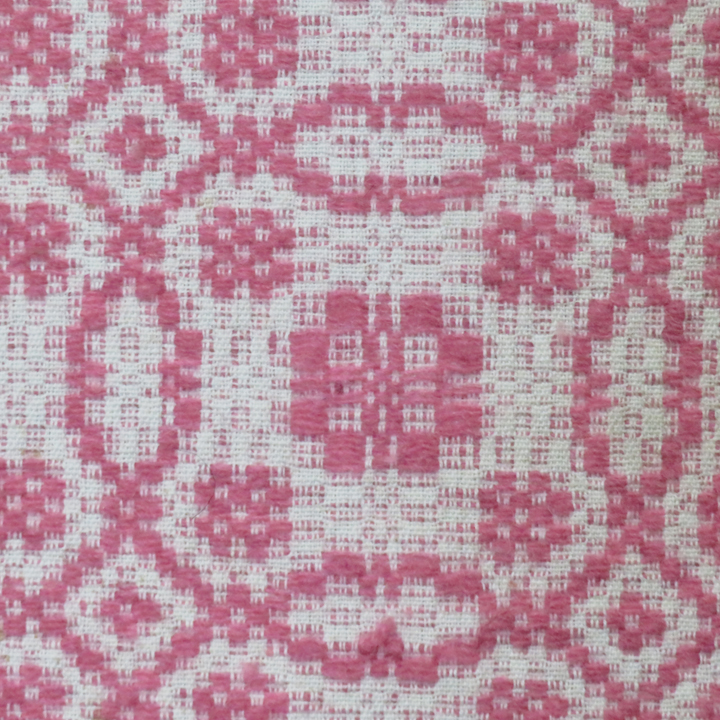