This mint condition Indigo and Ecru overshot coverlet actually has hand-applied 2" fringe on the bottom. Can you imagine doing that extra work? Another added feature is that this coverlet is extremely soft and cozy feeling.

Created on a 38" loom, two panels measuring 96" have been sewn together. The fibers used for this creation are both linen and wool. Added to the 96" length is the 2" hand knotted fringe only on one end.

Indigo was and still is the most beloved color in our country. Even though this coverlet was originally made for a double bed, by turning it sideways this coverlet will fit a queen size bed. What a wonderful way to stay warm any time of the year either on your bed or as a great throw on your couch.

Organically hand washed and now ready to be sent for your at home approval. As always free of a shipping charge. 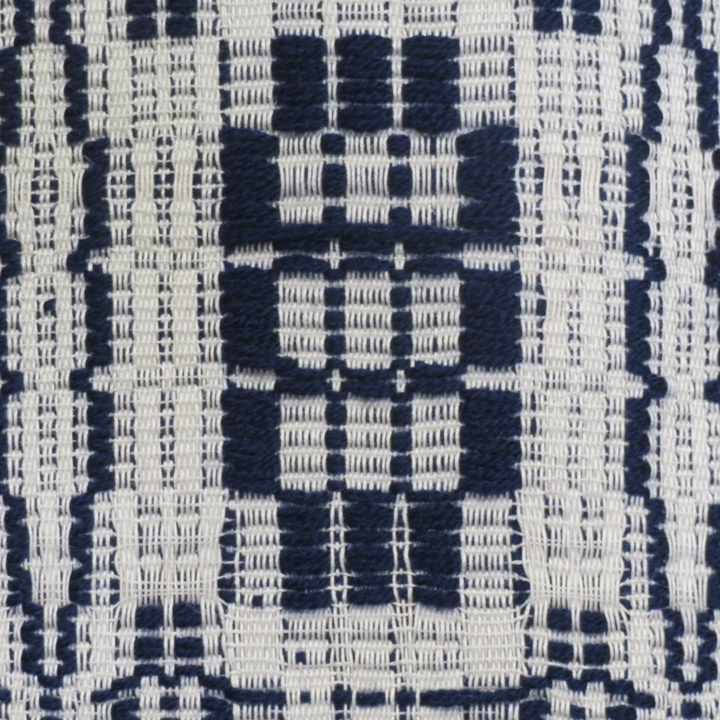