Stunningly simple, this Amish Quilt is called the center square. In this case antique in age while being modern in design. The center square measures 55” in width and encompasses most of the quilt. Surrounding the center square are three borders: the first is 3-1/8” in width, the second 3-1/4, and the outer border or third border measures 9” in width which includes the 3/4” hand closed binding. As with most all Amish quilts, the quilt pieces are machine joined and exquisitely hand quilted. The center of the center square is quilted with a diamond shaped medallion.... one which I have never previously seen. Radiating from there are angular 1-1/2” cross hatch quilting with meandering wreaths throughout this design. The outer most borders are quilted with chains and shells. One chain stitch resembles a nautical chain...and then a shell design...both unusual for Amish quilting designs. The Center Square pattern represents an early stage in Lancaster County quilt design. Afterwards Amish started creating the Diamond in a Square pattern. I have read that few center squares were made after the 19th century. From that information I would put this one at the tail end of the 19th century. Even though named a Center Square, it is not actually square in formation or size. 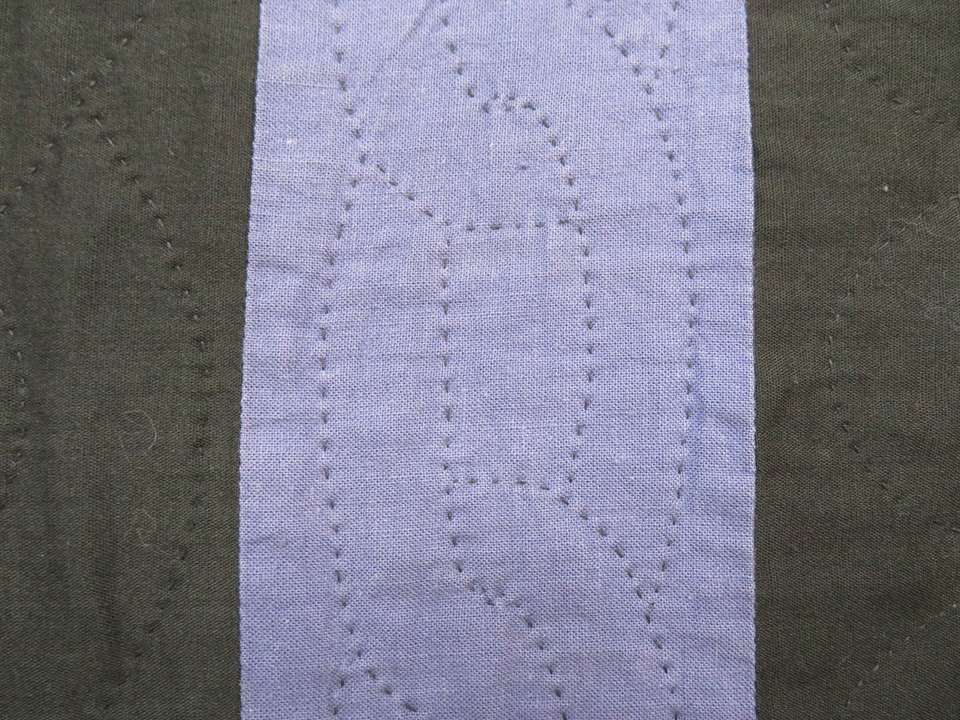 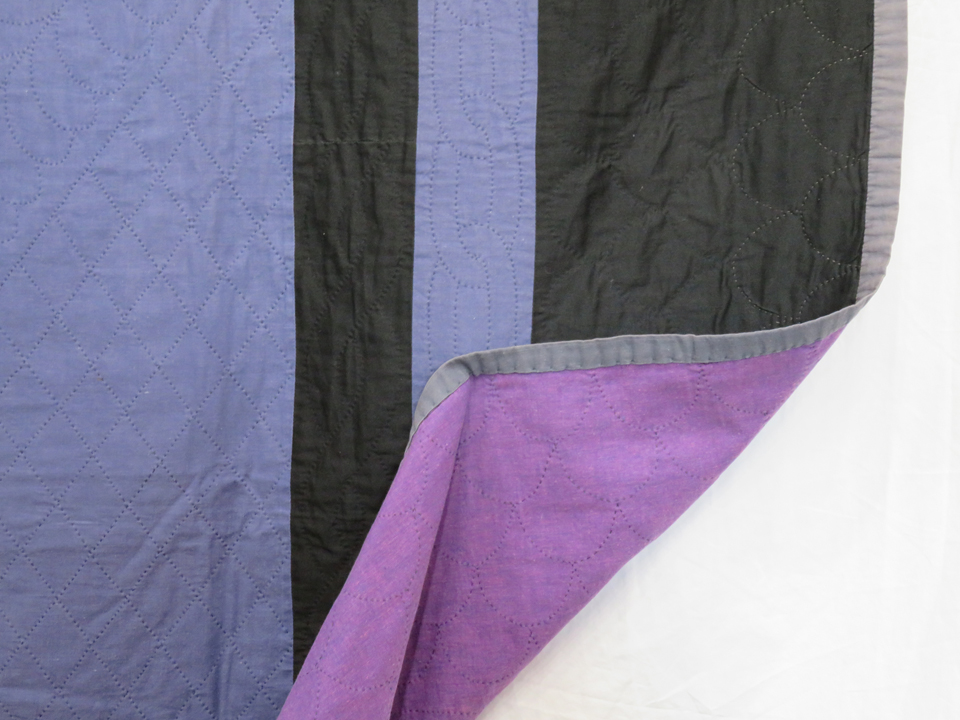