This is the largest Yo Yo coverlet I have ever seen! The picture you are looking at is actually the coverlet shown on my king size bed.
Hundreds and hundreds of 2" yo yo's are artistically placed to create a visual impact. There is a lavender "path" joining the 8" square blocks that each contain 16 yo yo's. I have been told that some women really enjoyed making these because you could easily take fabrics with you to work on...also because small pieces could be used in their construction.
There is every color you can imagine used here in the dozens and dozens of different calicoes from the 1920's into the early 1930's. The fabrics appear to be all unused...the coverlet appears the same. After months or years taking to make this captivating piece of art...I guess it was too special to use...now it is all ready to be a showcase on either a queen or king size bed.
Ready to be sent for your "on the bed " approval. 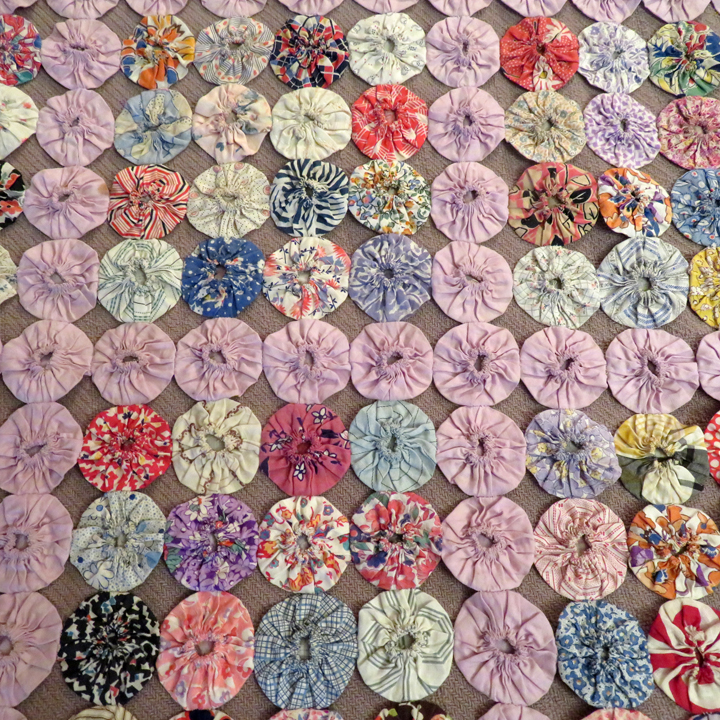