My first reaction when looking at this quilt is happiness..this quilt just made me smile. Whoever the woman was who appliqued this must have been an exuberant and ever-smiling person.

The combinatuion of red, white and green was a prevalent theme from around c.1830 to c.1865. Thirty blocks that measure 9-1/2" square are joined together with 4-1/2" sashing. The designer's placement of the applique rose and bud blocks was very much on purpose. These blocks are wonderfully appliqued and reverse appliqued using turkey red, chrome orange and over-dyed green fabrics.

When studying quilts, I feel one needs to be a bit of a sleuth. I believe the original c.1855 top measured about 70". Then the quilter came along, maybe 30 years later, adding a 5" border all around, of the exact color white cotton as the original part. The whites are exact in color but of of a different thread count. The backing is the same fabric as the borders. That was where the sleuthing came in!

All of the flowers, buds, vines, and leaves are outlined quilted, exactly as it would have been done in the 1850s. Studying this quilt I realized that the border and the sashings were quilted in a different manner than would have been normally indicative of that era. That discovery led me to study the fabrics which led me to believe the blocks were made in the 1850s and the border and backing were added at the end of the 19th century, finishing the quilt.....c,1895.

I would love to see this quilt hung as art on a wall, however it would also be fabulous on a bed.

Now organically washed and ready to be sent for your approval. 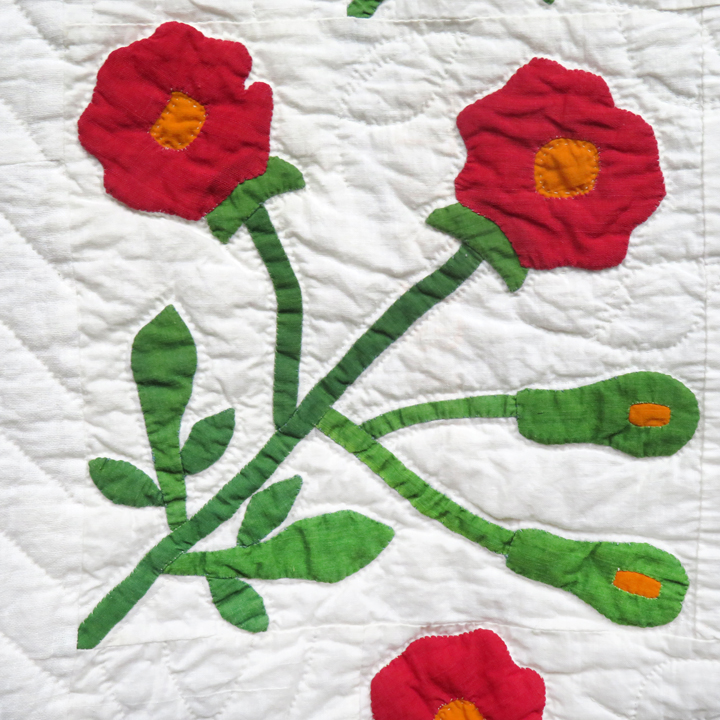 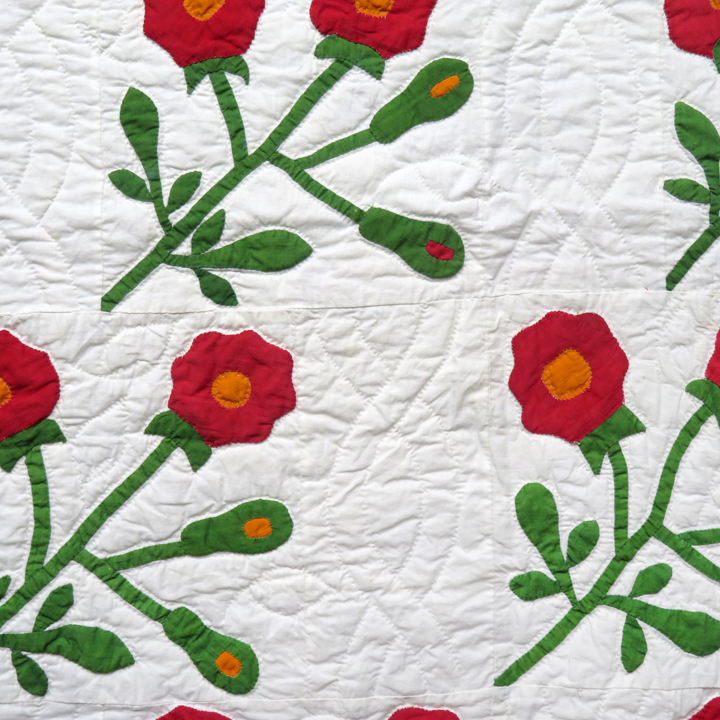