Technically this Dresden Plate coverlet is a quilt top. However, due to the linen founation fabric, the exquisite sewing work and the finished edge, this may be used as a summer weight coverlet.

Each Dresden block measures 16" in diameter. The blue chambray fabric centers have a diameter of 4 3/4". The spokes were created from a miriad of Depression fabrics and measure 5 1/2" in total length with 3/4" at the narrow end. Piecing of the spokes were executed by machine while the "plates" were then hand applique to the linen backing. The center blue chambree was hand appliqued with miniscule stitches. The edge was then turned over 3/8" and hand finished thus creating a coverlet in addition to being a quilt top one could quilt.

All spokes are patterened with happy florals as the majority of the prints. After piecing the blocks this designer took the pattern to another level by embroidering all joining seams with black embroidery thread . This technique acts as a frame around each block making for a more sophiticated piece of art.

As always sent free of charge for your in home approval. ( outside the continental U.S. there is an extra shipping charge ) 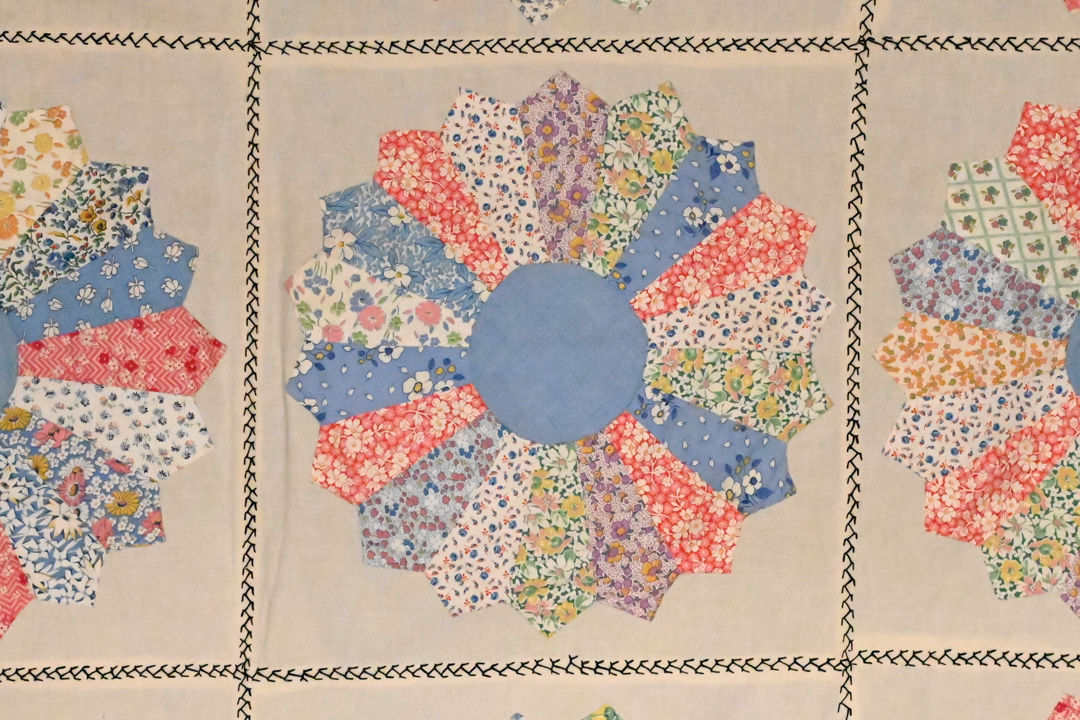